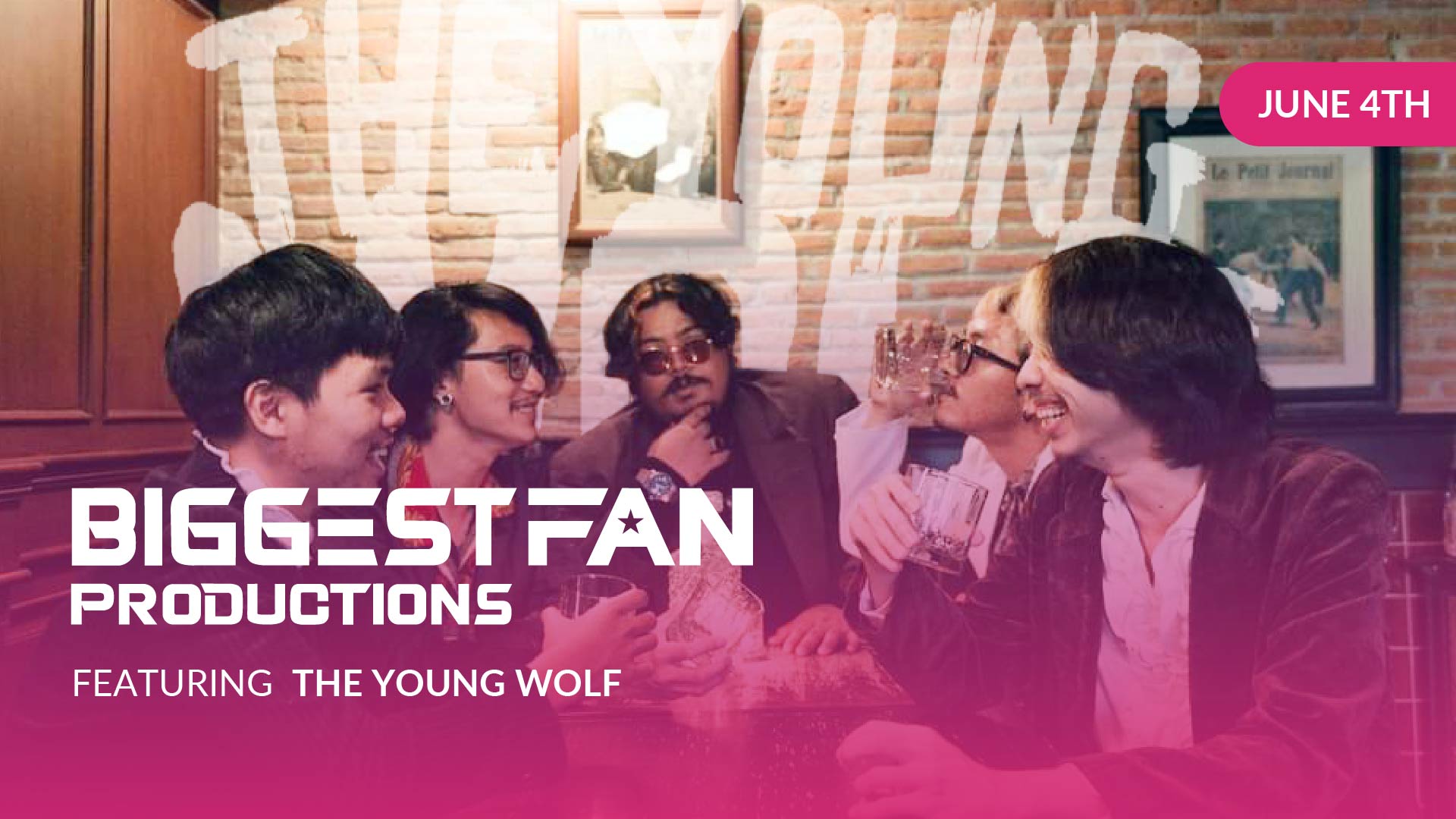 It's confirmed! Thailand's greatest indie hard rockin' band, "The Young Wolf", will be performing on LiveJam for our next beta event to be held at 8p BKK Time (GMT+7) on Friday, June 4th, 2021! It's another free event intended to demonstrate and test our latest features and improvements with the public at large. The band is lead by the indomitable, Jonathan Wolf, whom I like to describe as Thailand's "Jack Black". The man has a real presence and can belt out heavy rock power ballads like Black Sabbath & Led Zeppelin with unbelievable energy! The whole band is tight and really packs a punch. They've just been in the studios finishing their latest album so there's a lot of original Thai power rock that will be the first time heard anywhere in the solar system. Lyrics are in English and Thai but it's all coming at you in the universal languages of Music & Love! You do not want to miss this show. I've been personally following them for a few years and every show is intense and wows the audience. These guys are the real deal. You can check out some of their sounds on YouTube. Guaranteed you'll love it or double your money back! ;-)

We've now setup a "Test Event" that will run pretty much continuously (although frequently updated as new code updates are deployed) runs 24/7 so you can try out the platform with your own device or computer. Our technology is constantly pushing the limits of what is possible with current hardware but we're rapidly expanding the types of devices and operating systems that we support. Initially it was only desktop/laptop computers running a Chrome based browser. For the June 4th show we will be adding a new web-based mobile UI for Android. Later a native app for iOS & Android will come. But as we build these things we need more people to try out their setup on our environment so we can make improvements to the overall experience. Also it will give you a chance to see how the platform works. You'll be able to see and hear other people in the test environment just like you were at a live performance together. Try out the features and explore - then definitely let us know what worked and didn't work for you. For now, only IP addresses in Thailand will have access but we hope to expand that to the rest of the world in the coming weeks.

Don't forget that just because our show on June 4th is free, it doesn't mean you can't show the band some love and send them some cash - specifically BitcoinCash! Just go to Bitcoin.com and download the free wallet app onto your mobile device. Then buy some BitcoinCash (not Bitcoin, BitcoinCASH) cheap and easy either from the app or from any crypto exchange and deposit it into your wallet. Just a few hundred baht is all you need and then during the show you'll be able to send it to the band from inside the event - quick & easier than a credit card! If you don't have an account on an exchange it can take a while to get it setup so go ahead and do it now rather than wait for the show date otherwise it'll be too late. Let's show our love for live music and those who create it for us. Musicians all over have been hardest hit from the lock downs. We hope our platform will be one way where live performers of all kinds can start creating again and make a living doing what they love. This is the first step towards realizing that aim! It really is cool how simple, easy, and quick it is to use. Try it out. You'll love it!

See you next week. Until then, stay tuned & jam on,