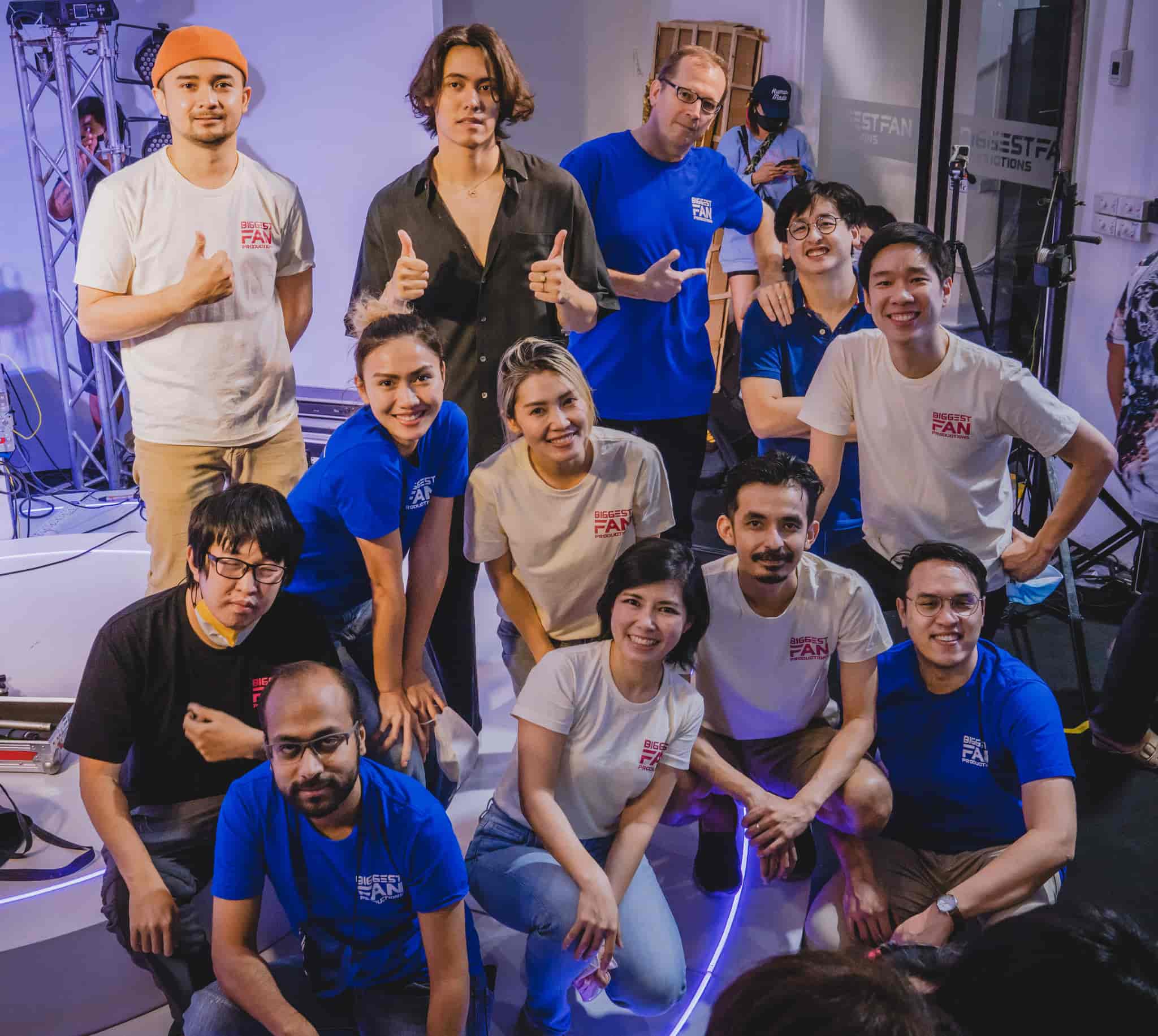 Chief Fan, Ben Scherrey, here again out of the secret Bangkok HQ for BiggestFan Productions. Last week we did our first multi-way press event for Thai pop star Patrickananda for Warner Music & D.U.M.B. Recordings. In attendance were over 100 invited attendees for the private live event which included a live performance of several songs, interviews with Patrick, the first release of his new music video, and some Q&A with remote press via the LiveJam platform.

Here's a shot of our event directors from D.U.M.B. Recordings and BiggestFan working behind the scenes to select which press to "spotlight" so they could pose interview questions to Patrick in real-time. 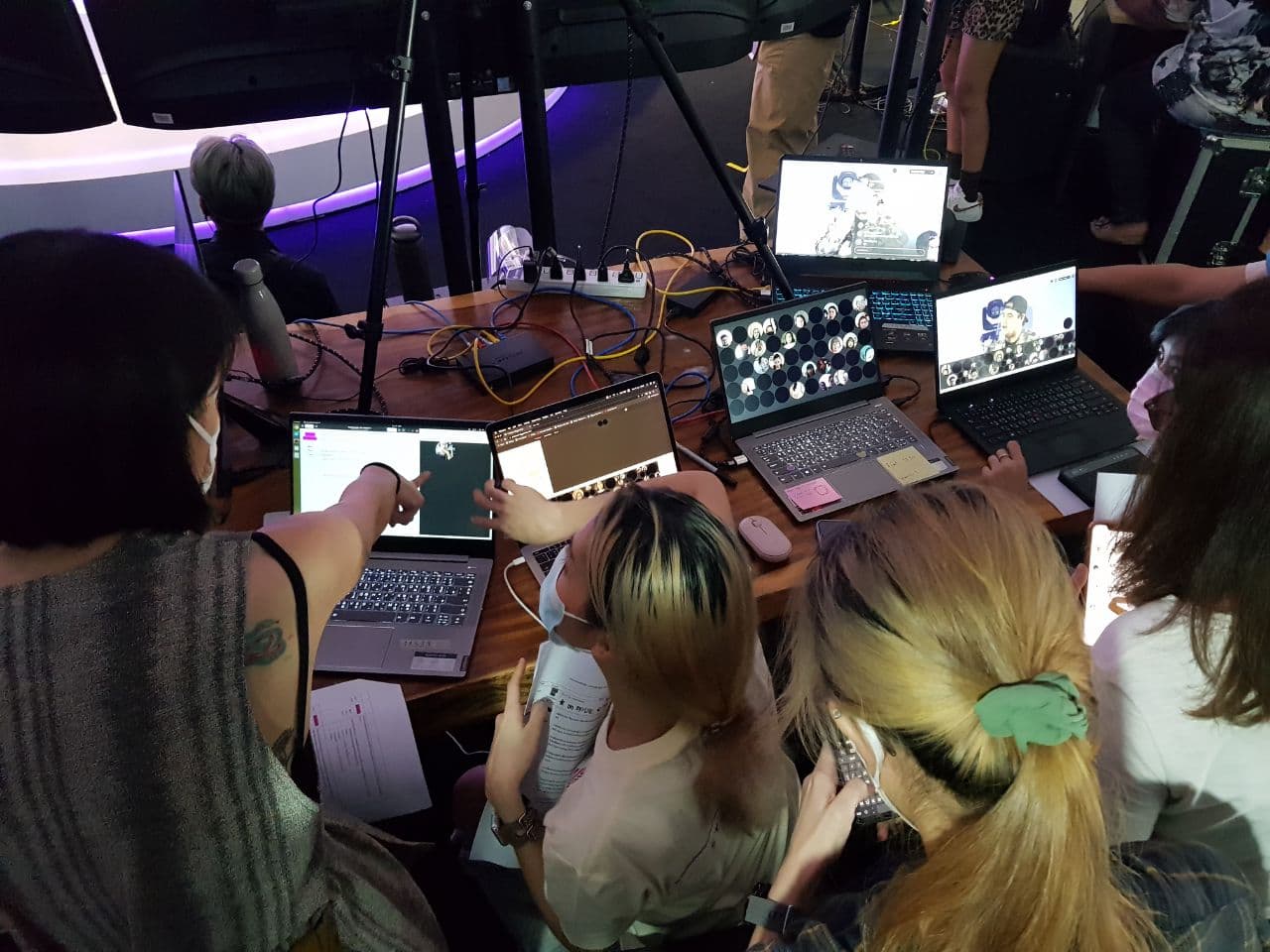 You can see here our user count on our tracking service as the time of the event kickoff approached. Was great to see it walk over that 100 user mark! 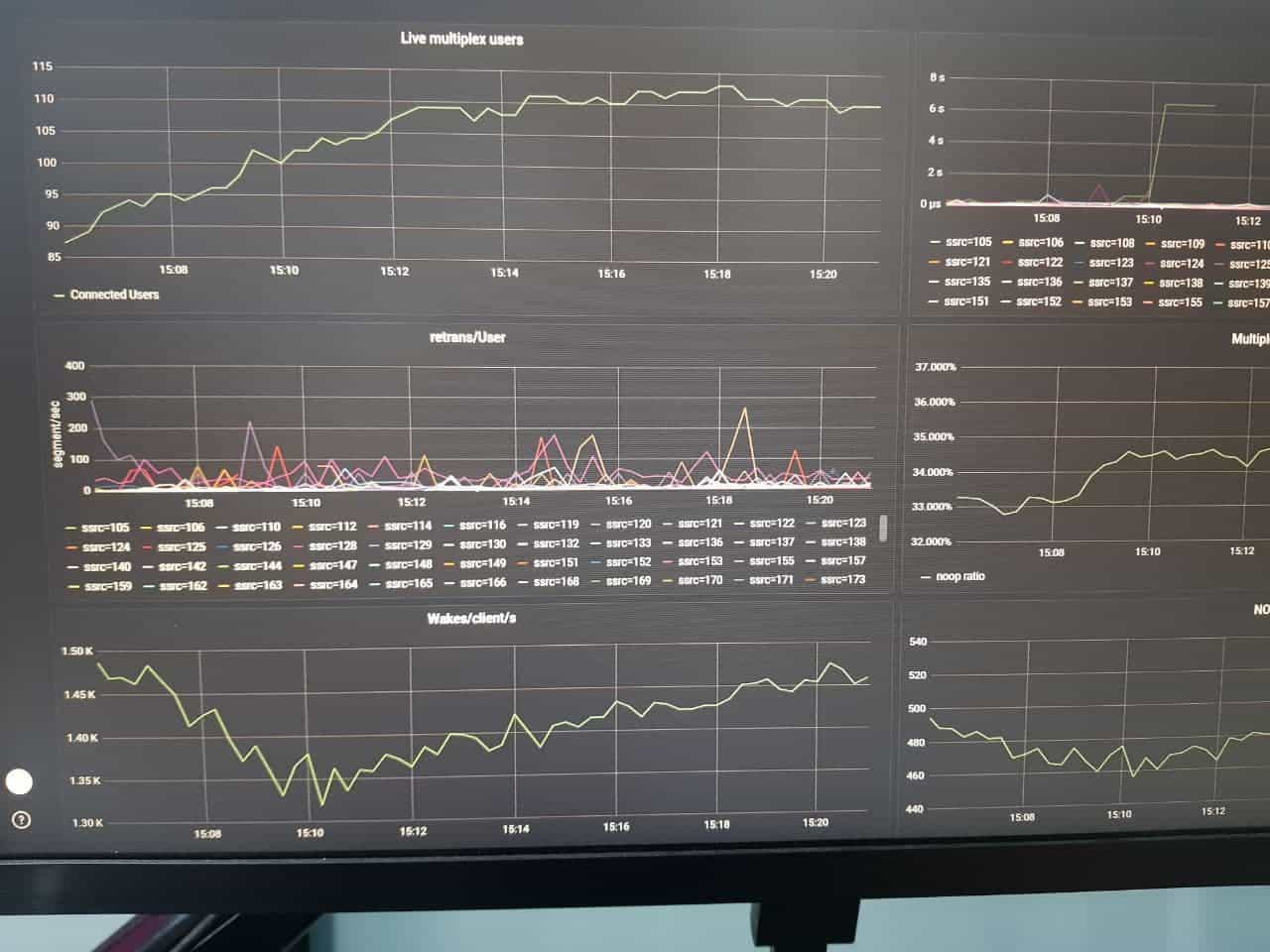 Here's the video of the event itself! Make sure and select 1080p resolution so you can see the show at the same quality level of our live audience. Right at the 40 minute mark we have the first press interview. There's a bit of echo at first but then the sound man gets it under control. Pretty good for a completely open connection without headphones and we haven't deployed our latest level correction and echo suppression code.

The black circles are from attendees who had their cameras off. I don't think a lot of the press were expecting the multi-way capabilities of the LiveJam platform and were a lot more used to the usual video calls where people don't even bother to turn on their cameras any more because the experience is so bad. Unfortunately for them, we can't call on them for Q&A if we can't see them so hopefully next time they'll know to show their smiling faces! In an upcoming version we'll have their profile images or some other content there. Those who did get called to ask questions were able to have a pleasant conversation with the pop star as if they were in the same room!

Thanks again to Patrickananda and the great folks from Warner Music & D.U.M.B. Recordings for collaborating with us on this fun event. We're looking forward to more in the near future.

And Now For Something Completely Different...

We've mentioned it before...now it's about to happen. LiveJam is only just the beginning for BiggestFan Productions! We've also been working on a presentation/tv-show style product again with a multi-way live audience and support for both local in-person and remote guest appearances. Well tomorrow night at 7:30p BKK Time (GMT+7) we're going to try a little test of parts of this tech at a HackerNight meetup that we sponsor each month for the Thailand tech community. Subject is going to be a demo of one of our attendee's retro-6502 forth and his emulator implemented in Javascript! Yep - I wasn't kidding when I said it was different. If you're an old style tech curmudgeon like me or just interested in retro computing this should be fun for you. The 6502 is the microprocessor made famous by the Apple ][ and Commodore 64 computers (amongst many others) back in the late 70's and early 80's.

The presenter is a fellow ex-pat in Bangkok named Jonas Karlsson who, like me, likes to dabble in programming language creation. He gave an interesting talk on a particularly cool little language he created called Panda at Strangeloop 2016. So this should be an interesting little demo of something he's been playing around with lately.

We'll see if the setup works tomorrow evening - hopefully without too many technical difficulties. It's a demo of our still early development presentation platform + a demo of the guy's new technology all at the same time. Just to show that we have no fear - and no good sense - we will also be using a new deployment of our platform that allows users from all over the world to connect to the platform for the first time! Talk about tempting the demo gods!! It's a demo trifecta! Wish us luck!

If you wanna join us as we tempt fate then try connecting to our platform with your PC or Android device or, if you can't connect there, check out the one-way stream on YouTube Thursday night, June 24th at 7:30p GMT+7 Bangkok time (that's Thursday morning for you folks not in Asia). If you click on the link much before the appointed time you may not get a working link but don't panic - it'll be there when the time is right. We think. ;-)

So with that giant parenthetical aside out of the way, don't worry music fans, we have not forgotten you! Over the last week we've made great progress with both of our Apple iOS dev efforts and will soon have something working. We want to get that ready and finish a few audio improvements for our next multi-way live music event which we hope to announce Real Soon Now... so stay tuned in and turned on!